Every year, the students in Biodiversity Law travel with Professor Andrew W. Torrance to the Virgin Islands (U.S. and British) for an intensive week-long fieldtrip.  This is their dispatch from January 15, 2011: 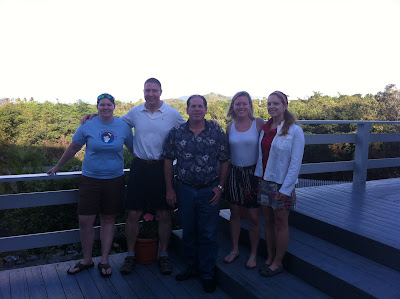 Today we had the amazing opportunity to visit with the USVI’s most distinguished attorney, Jeff Weiss.  Jeff Weiss is a jack of all trades.  He handles issues varying from complex class action litigations, such as the recovery of insurance money from a hurricane that devastated the island of St. Thomas over a decade ago, and also advocates zealously for the protection of endangered species, such as the endangered Atlantic Hawksbill Sea Turtle (Eretmochelys imbricata) and Virgin Island Tree Boa (Epicrates monensis granti).  Jeff explained the intricacies of practicing law in a U.S. territory that is a biodiversity hotspot.  The most interesting aspect of our conversation was the balancing of interests between the Virgin Island Tree Boa and the Hawksbill Sea Turtle and the people who lost their homes because of Hurricane Marilyn.   Jeff ardently fought for the protection of endangered species whose habitat would have been destroyed through habitat destruction by relying on the Endangered Species Act. And he won!