I would like to thank Matt Ridley for directing me to OneZoom, a wonderful interactive phylogeny of life.  On OneZoom, one can begin at any branch or leaf on Charles Darwin's metaphorical Tree of Life, then increase or decrease the desired level of phylogenetic detail by simple mouse-click or finger-tap.

A 2012 PLOS Biology article by J. Rosindell and L.J. Harmon, entitled OneZoom: A Fractal Explorer for the Tree of Life, explains the concept behind this cool and addictive new evolutionary tool.

With OneZoom, one may explore any part of the tree of life, from an individual organism to a entire clade.  I recommend choosing your favourite lifeform as a starting point, then seeing where evolution leads you.  To adapt Ira and George Gershwin's cryptichthyic 1937 song Slap that Bass,

But beware:  once you dive into OneZoom, you may find it difficult to stop exploring biodiversity.
Posted by Andrew W. Torrance at 5:00 PM 1 comment:

An analysis of the entire genomes of wolves and coyotes (Canis latrans) has come to an unexpected conclusion:  there is a single species of North American wolf.  Previously, some biologists, including at the United States Fish and Wildlife Service ("FWS"), which is responsible for implementing the Endangered Species Act ("ESA"), proposed the existence of three species:  the Gray Wolf (Canis lupus), Red Wolf (Canis rufus), and Eastern (or Great Lakes region) Wolf (Canis lycaon).  In their article, Whole-genome sequence analysis shows that two endemic species of North American wolf are admixtures of the coyote and gray wolf, published on July 27, 2016, in Science Advances, Bridgett M. von Holdt and her colleagues instead conclude that:

This study has important implications for how the FWS protects various admixed populations of wild canids under the ESA.  Coywolves and woyotes warrant protection despite their admixed genomes, in part because, as keystone predators, they help regulate vital trophic cascades in the ecosystems they inhabit.  However, their newly-uncertain taxonomic status may undermine strong legal protections they would otherwise receive as "species".  Two lessons to draw from these genomic revelations are that (1) the ESA and its interpretation need to continue grappling with rapid progress in genetics and (2) the biologically-wobbly concept of "species" gets riper for replacement with each passing day.
Posted by Andrew W. Torrance at 7:01 PM No comments:

Prime Minister of Canada, Justin Trudeau, has announced that his Liberal government will adopt a nationwide price on carbon emissions.  Employing Pigouvian taxes (or subsidies) to internalize putative externalities, as University of Cambridge economist Arthur Cecil Pigou described in The Economics of Welfare, has long been suggested as a cost-effective means to reduce the generation and release of greenhouse gases. Although market-based methods combating climate change have traditionally been anathema to many environmental organizations, the often icy opposition to Pigouvian taxation, or, alternatively, cap-and-trade approaches, seems rapidly to be melting.  Although University of Chicago economist, and Pigou critic, Ronald Harry Coase would likely not approve, Canada has announced it will adopt a Pigouvian approach to curb its carbon emissions, either by individual provinces and territories, or, failing that, through a national policy.  No announcements have yet been made about the taxation of political hot air.
Posted by Andrew W. Torrance at 5:27 PM 1 comment:

Well May She Rule

Brand new Prime Minister Theresa May delivered a remarkable speech upon assuming office on June 13, 2016.  Notable among the topics she addressed were unity and inequality, about which she said the following:


[W]e believe in a union not just between the nations of the United Kingdom but between all of our citizens - every one of us - whoever we are and wherever we’re from.

That means fighting against the burning injustice that if you’re born poor you will die on average nine years earlier than others.

If you’re black you are treated more harshly by the criminal justice system than if you’re white.

If you’re a white working-class boy you’re less likely than anybody else in Britain to go to university.

If you’re at a state school you’re less likely to reach the top professions than if you’re educated privately.

If you’re a woman you will earn less than a man.

If you suffer from mental health problems, there’s not enough help to hand.

If you’re young you will find it harder than ever before to own your own home. If you’re from an ordinary working-class family, life is much harder than many people in Westminster realise.

Although it is much more difficult to effect real social change than simply to utter stirring words, May established a reputation as Home Secretary for setting and accomplishing measurable goals.  May she succeed!
Posted by Andrew W. Torrance at 6:39 PM No comments:

On July 8, 2016, a terrible shooting massacre of police and civilians took place in Dallas, Texas.  My condolences go to all the victims of this tragedy.  There is little I can add that others, including United States President Obama, have not already expressed more eloquently.

One surprising aspect of these awful events was the use of a robot to kill the suspected shooter.

In Runaround, his short story published in 1942, Isaac Asimov described "The Three Laws of Robotics".  They are

Asimov foresaw some of the ethical implications of employing robots to kill.  Humanity will increasingly live all of them.
Posted by Andrew W. Torrance at 7:00 PM No comments:

The enfant terrible of unicorns, medical testing firm Theranos, Inc., has had its horn substantially clipped by the Centers for Medicare & Medicaid Services ("CMS").  On July 7, 2016, the CMS announced - on Theranos' own website - that the privately-held company will suffer the following sanctions beginning August 6, 2016:

– Revocation of the [Newark, California] laboratory’s CLIA [Clinical Laboratory Improvement Amendments] certificate which, as dictated by the regulations, includes a prohibition on owners and operators of the lab from owning, operating or directing a lab for at least two years from the date of revocation

– A Directed Portion of a Plan of Correction

In response to a petition filed with the Agricultural Marketing Service ("AMS") of the United States Department of Agriculture ("USDA") by Little People of America ("LPA"), "a nonprofit organization that provides support and information to people of short stature and their families", the AMS announced on June 23, 2016, that it plans to amend its federal regulations on raisin nomenclature,

As its reasoning, the AMS states,


The revisions will modernize and help clarify the language of the standard by removing dual terminology for the same requirement.

Once the rule is final, on July 23, 2016, the AMS plans to use the descriptor "small" to describe diminutive raisins.

Congratulations to the LPA for achieving this regulatory redress.
Posted by Andrew W. Torrance at 6:16 PM 2 comments:

In an echo of Matt Ridley's recent observation that female leadership is on the rise around the world, the two leading finalists to become leader of the Conservative and Unionist Party - and, incidentally, next Prime Minister of the United Kingdom - are both impressive women:  Theresa May and Andrea Leadsom.  This is promising news for both the Tories and their country, whose future is beclouded by political and economic uncertainty.
Posted by Andrew W. Torrance at 4:07 PM No comments: 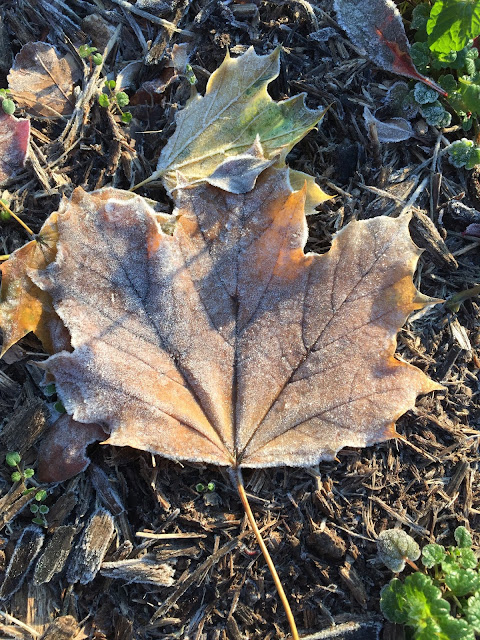 Posted by Andrew W. Torrance at 4:47 PM No comments:

Nobels With No Worries

In a remarkable show of scientific solidarity, 110 Nobel Prize winners have stated their support for genetically-modified organisms ("GMOs"), in general, and Golden Rice, in particular, as safe, environmentally-friendly, and useful.  To summarize their views, GMOs and Golden Rice are
Perhaps the most fascinating appendix to the Nobel winners' statement is a group of former GMO skeptics who now support the use of genetic modification in agriculture.
Posted by Andrew W. Torrance at 4:34 PM No comments: